Estelle is getting an eye job. Kramer gets his new license plates from the DMV, but the plates say “ASSMAN.” Jerry is disturbed when he finds out his mechanic used his “move” on Elaine while making love to her. Kramer makes a statue of Jerry out of fusilli pasta and he makes the most of his new license plates. Jerry confronts his mechanic and later requires his services. Frank becomes the unwitting victim of one of those “freak” accidents proctologists are always telling stories about. 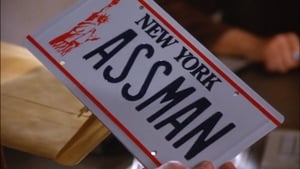 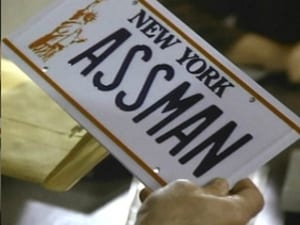