Elaine is dating a jazz saxophonist who’s sponge-worthy but “he doesn’t really like to do everything.” Jerry tells one of the members of his band that the saxophonist and Elaine are “hot and heavy.” Kramer stocks up on supplies, including 50 cans of “Beef-A-Reeno”. Susan’s parents meet and have dinner with the Costanza’s for the first time. Both families obsess over a loaf of rye bread that wasn’t served with the meal, which Frank takes back home. Elaine’s boyfriend writes a song about “their relationship,” which later has a big impact on his career. Kramer takes over a friend’s horse-drawn carriage for a week and helps George out with his scheme to replace the rye bread. Unfortunately, he feeds the horse a can of “Beef-A-Reeno” right before giving the Ross’s their ride. Jerry manages to get his hands on a loaf of marble rye. 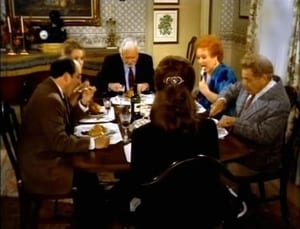 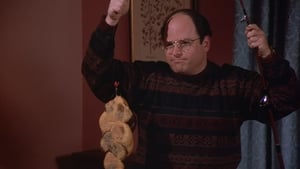