Elaine sees a girl’s bike she wants, but she strains her neck trying to getting the bike down from the wall. In pain she promises the bike to whoever fixes her neck. Kramer saves the day and wants the bike. George is angry when Susan’s cousin chooses to name her baby with the name he planned to give his first offspring. He desperately tries to convince them to use another name. Kramer works out an arrangement with Jerry to keep track of what he takes from Jerry’s kitchen. Jerry is curious when his girlfriend is always wearing the same dress, every time they go out. 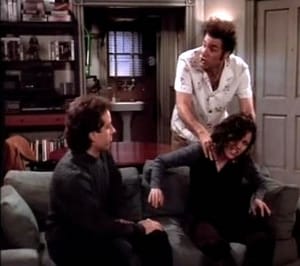 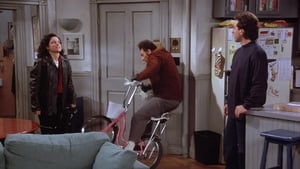