George is happy because he has a three-month reprieve. The wedding is delayed until June (just in time for the end of the May sweeps and a cliffhanger!). Meanwhile he is also excited because Jerry is going to go out with Susan’s best friend. He envisions their friendship in the future as being “Gatsby”-like. Jerry is trying to get into the Friars Club, but loses a jacket he “borrowed” for dinner there, at a performance of comedic jugglers that was “worked on” by Susan’s friend. Kramer tries to duplicate the sleeping patterns of Da Vinci and falls asleep at some inopportune moments; one of which puts him put in the Hudson River. Peterman hires a deaf employee and Elaine suffers the consequences, when she gets loaded with some of his work. Trying to see how deaf he really is, Elaine comes on to him, which Peterman overhears and tries to help out their budding relationship. 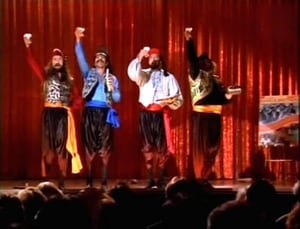 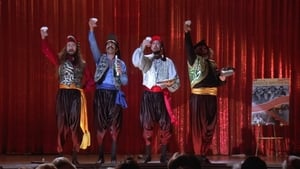