Elaine’s dog problem is solved by a neighborly rabbi with a cable show. Kramer’s involvement in the dognapping worries him when he finds out about its impact on his permanent record. Overwhelmed with it all, George decides he wants to postpone the engagement. Elaine isn’t “concerned” with George’s intentions, but is really jealous that he’s the first of the group to get engaged. The neighborly rabbi offers advice on her problem, that he later relates to Jerry and anyone else who’ll listen. Kramer and Jerry try to see “Plan 9 From Outer Space”; however, Kramer “tries” to sneak in a gourmet coffee, spills it and his lawyer says he has a case. 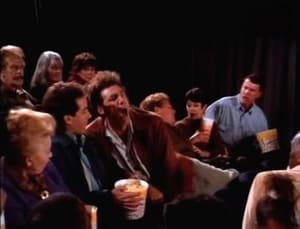 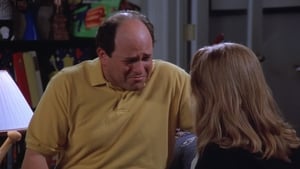