George becomes Steinbrenner’s pet, when he shares an eggplant calzone with him. Kramer is raving about wearing clothes “straight out of the dryer.” Jerry thinks that Elaine’s boyfriend is dating her without really ever asking her out. He offers to bring Jerry some Cuban cigars from Canada. Jerry takes advantage of his girlfriend’s ability to get anything she wants. Kramer searches for quarters for the dryer; when he can’t find anymore, he starts using an oven. George gets into tip trouble with the counter guy at the calzone shop and he works out an arrangement with Newman. That is unless of course it’s raining (Newman doesn’t deliver mail in the rain); Kramer helps out. 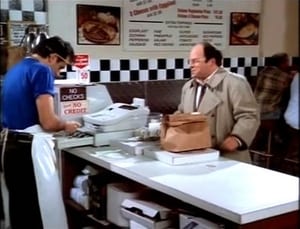 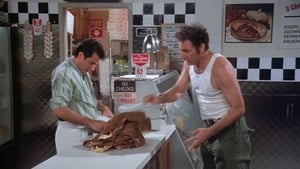